What’s the best treatment for sinus troubles that won’t go away? Ingfei Chen, health reporter, interviews Dr. Noam A. Cohen and Dr. James N. Palmer of the Rhinology Research Laboratory at the University of Pennsylvania in Philadelphia, who are exploring the role of communities of bacteria called biofilms in chronic sinusitis.

The investigators speculate that in some individuals, biofilms — particularly those containing the bacteria Pseudomonas aeruginosa or Staphylococcus aureus — can spur the immune system to mount an overexuberant inflammatory response that leads to sinusitis symptoms. Because the biofilm structure makes it hard for antibiotics to kill the bacteria, surgery to remove inflamed sinus tissue may ultimately be the best way to deal with the problem.

For more information, see Ms. Chen’s earlier interview, “Exploring the Roots of Sinus Troubles,” and her stories “When Sinus Problems Won’t Go Away,” “5 Things to Know About Sinusitis,” and “Questions for Your Doctor,” all included in The Times Health Guide: Sinusitis.

Do antibiotics work against biofilms in chronic sinusitis? 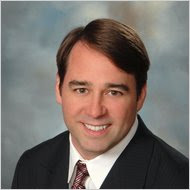 Dr. Palmer: A biofilm is much more difficult to eradicate than just the individual little bugs floating in a soup. Most antibiotics work on cells that are dividing. But once bacteria form into a biofilm, the bottom portions of the biofilm are sort of in a state of suspended animation: The bugs are not dividing quickly.

What’s the best way, then, to treat chronic sinusitis?

Dr. Palmer: Treatment for chronic sinusitis is pretty much the same no matter what causes it: You’re trying to decrease inflammation. You want to relieve the obstruction and suck out the mucus and help the sinuses return to their normal function of clearing out mucus.

The best treatment, first line, is nasal irrigation with saline solution to just move the stuff along. If you took all the people in the world who say they have chronic sinusitis, and you put them all on nasal saline irrigations, a big proportion would not have any symptoms anymore. 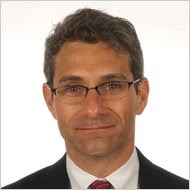 Dr. Cohen: After that would be medications, like steroids, which are anti-inflammatory drugs. And if you can actually culture bacteria from a patient’s sinuses and know what you’re treating, antibiotics are appropriate. Decongestants, when appropriately used for a limited duration, are incredibly effective at relieving the obstruction and letting the sinuses drain. We use surgery in patients when medical therapy hasn’t resolved their symptoms. If you take your average, run-of-the-mill chronic sinusitis patient who doesn’t have nasal polyps and fulfills the criteria for surgery, most experts would quote an 85 to 90 percent success rate.

Dr. Palmer: For biofilms, surgery may be the ultimate best treatment — removing the affected area. We go in and open up the sinuses and clean them very well, removing the inflamed tissue and the bony partitions between the sinus cavities.

How do you help those who’ve had sinus surgery but are still suffering?

Dr. Cohen: You want to make sure that all those little bony partitions were taken down properly, that there’s not any scarring. But in some patients, the ability of the sinus lining to effectively clear the mucus has been so compromised for so long, it is never going to get back on its feet. Then, nasal irrigation is really the best thing. You’re basically flushing a toilet that is not flushing well on its own. I tell my patients, they brush their teeth twice a day; they’ve got to flush their nose a minimum of twice a day.

One of the paradigm shifts in the last couple of years is that instead of treating postsurgical patients with systemic medications — pills of, say, steroids or antibiotics — we try to get the medicine into their sinuses. We add it to the irrigation solution and deliver it directly to the affected lining of the sinuses. The sinusitis patients who do well are the ones who really abide by using the neti pot or the saline irrigation bottles. And whether we add additional medications or not to the saline, it’s that mechanical flushing and lavage that really has a tremendous effect. Because it’s getting rid of the mucus, getting rid of all the inflammatory cells and whatever bacteria are there.

What else should patients know about dealing with chronic sinusitis?

Dr. Cohen: Expectations are very, very important. For patients who truly have chronic sinusitis — who’ve had symptoms for months to years — chances are it’s not going to be completely resolved. It’s going to ebb and flow. Now, we’ve got plenty of happy patients whose quality of life has dramatically improved with aggressive medical and surgical therapy. But we continue to follow them, because at one point or another it’s probably going to come back.

Click on the "Via" link for the full article.