It’s the rare patient who copes with the stress of cancer by being a comedian, but a few people do. I have always found these patients not only funny, but fascinating.

One patient, a middle-aged woman, very thin, with an elfin face, got bad news on morning rounds. With the medical team at her bedside, she gestured toward the physician, then looked at Todd, her nurse for that shift, and asked in an innocent tone, “Does he know about our baby?” 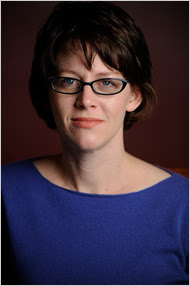 Todd said he turned every possible shade of red, but it was the kind of comment we’d all come to expect from this sardonic patient. She told us that she wanted her tombstone simply to list all the men with whom she’d ever been intimate. When one particularly somber doctor made his rounds, she scolded him for failing to order her a nightly martini.

We don’t need Freud to point out the unconscious desire expressed by this spirited middle-aged woman, who, faced with her own mortality, joked that she was still a sexually active party girl.

Another patient managed to find his own dark sense of humor in the midst of a dreadful chemotherapy session. The particular drug he needed required that I sit in the room and slowly inject it into his intravenous line. We call it “pushing chemo” because the drug comes in huge syringes that we use to literally push chemo into the patient’s veins. It takes about 20 minutes to get all the drug in, and during the process I was swathed in special blue plastic gowns that covered me from head to toe, and two layers of thick blue plastic gloves, to protect myself from this toxic drug that can blister skin.

Not only was the patient completely unprotected, but I was shooting the drug right into his veins. That paradox was not lost on him, and he called the chemotherapy “poison.” To heighten the sense of irony, the drug resembles orange soda in color and consistency, but all the checks and double-checks we go through before administering it show it is not that sweet drink from my childhood.

The patient had a female friend visiting, and they were watching a television program about a white supremacist group. While I sat there, pushing the chemo into his veins, he started riffing on how he was the only African-American member of the group. It wasn’t so much what he said as how he said it, and he had me laughing so hard I almost cried. It was, of course, an unsettling topic about which to joke, but maybe that’s why he chose it, venturing into forbidden humor as a way to cope with the unsettling circumstances of his treatment.

I remember another patient, a union organizer, who was hospitalized for treatment during the months just prior to the 2008 presidential election. I had evening shift that day, and the patient’s frustration grew as he watched coverage of the campaign on television. He saw the election as potentially historic, and wanted to be out campaigning. Instead, his cancer kept him stuck in a hospital bed.

He started telling a series of off-color jokes that I won’t repeat. I was busy caring for patients, but while I was out of the room he would think up a joke for me, and then tell me the joke the next time I came in. Each time the joke would be more outrageous, and each time he would say, “I really cleaned that one up for you.”

I suppose I should have been offended, but I wasn’t. I’ve never been in the hospital with cancer, but I’m pretty sure I would find it exhausting and terrifying. As coping strategies go, I could handle his racy humor just fine.

At the end of James Thurber’s short novel “The 13 Clocks,” a prince and princess have achieved a fairy-tale happy ending. They are advised to “Remember laughter. You’ll need it even in the blessed isles of Ever After.”

And that is what I like to remember from caring for these patients — the laughter. A patient and a nurse, sharing some laughs, lifting for a few hours the dark cloud created by disease.