Nope, it's acute respiratory infections – things like pneumonia, flu, respiratory syncytial virus, Hemophilus influenzae type B (Hib), and complications of measles. These lung infections will kill as many as 2 million children this year. 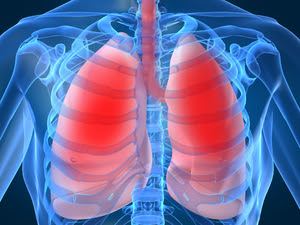 In developing countries, lung infections kill more people of any age than anything else.

And, in fact, in developing countries lung infections kill more people of any age than anything else – nearly twice as many as HIV/AIDS, more than three times the toll from TB or malaria, in terms of total deaths.

These findings come from a new "atlas" of acute respiratory infections released by the World Lung Foundation at the Union World Conference on Lung Health in Berlin today. It's the first compilation of global information on these neglected diseases.

More than four million people die every year of acute respiratory infections, "yet the global health community doesn't even recognize them as a distinct disease group," says the WLF's Peter Baldini.

The 124-page atlas argues that preventing millions of deaths is well within reach. For some diseases, such as pneumonia, measles, pertussis, flu and Hib, vaccines are available. Breastfeeding can also increase children's immunity to respiratory infections. And life-saving antibiotics can cost as little as 27 cents.

In most cases the biggest hurdle is getting patients timely diagnosis and care. Only one in five caregivers in the developing world currently recognizes signs and symptoms of pneumonia, the WLF says. But wider availability of what the World Health Organization calls "standard case management," or prompt diagnosis and antibiotic treatment, along with more breastfeeding, could prevent millions of pneumonia deaths in the future.